A biscuit installation made for Tulley House art gallery in Carlisle with the Raffles Housing estate. This was a work I did with a number of artists, including Michael Davies, David Chappell and Steven Livingstone. We got residents of the Raffles housing estate and other local people to design biscuits in an art workshop. Michael Davies then designed stands for the biscuit tins that reflected the biscuit design chosen.

We worked with a local bakery who made the biscuits daily for the installation and delivered them to the gallery where they were placed in the topmost tin.

Visitors to the gallery could then take a biscuit from the stand of their choice, but then had to eat it in a sponsored photobooth we had and take photos of themselves doing this which they left with the gallery and which we also displayed as part of the instillation. The photobooth operated through tokens and we had 1500 tokens. There was also in the space a film of people making the biscuits and audio interviews with the participants coming from each of the stands. 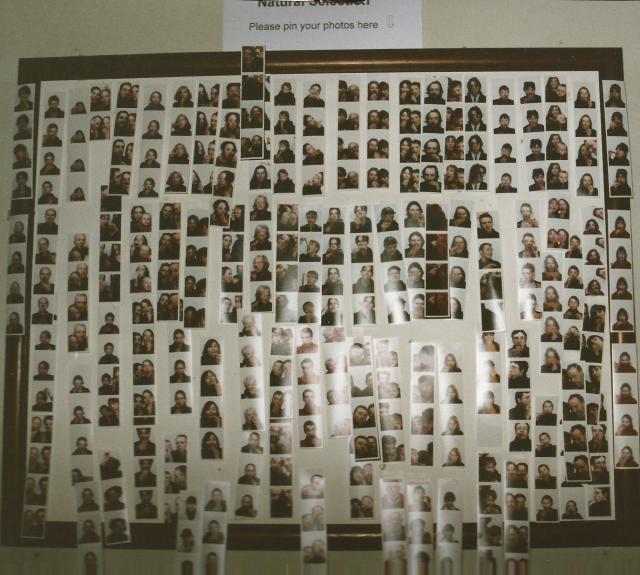